Is there any relation between the Soma mine disaster & thermal power plants? 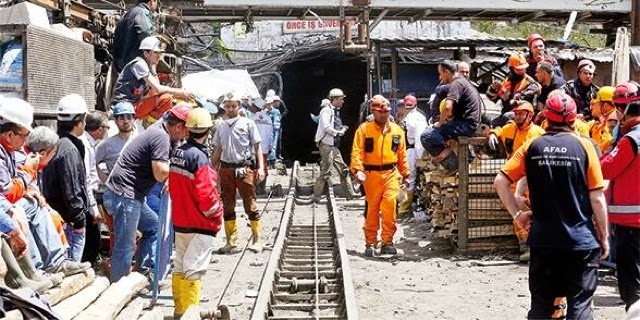 posted by yuvakuran at 3:21 AM 0 comments

Soma should be the last disaster !! 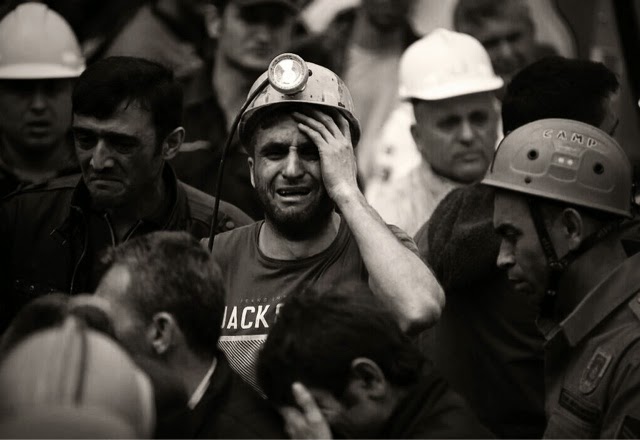 posted by yuvakuran at 8:33 AM 0 comments

The events in Carmen opera took place in 1830's in Spain. French writer Prosper Merimee novelist-narrator, listened to the story direct from the death sentence convict DonJose in the dungeon. Opera libretto was co-authored by Henri Meilhac and Ludovic Halévy. Georges Bizet composed the memorable music.

Critics have never liked the first performance as staged in Paris, since the topic is contrary to prevailing morality norms for that period. Story was about a Seductive, flirtatious, sarcastic, beautiful woman, and a man who loves her to death.

Opera was first staged on 3-March 1875, and Bizet has died after 3-months. Subject is universally accepted today, it does not bother anyone. It is the leading of the world's most performed and beloved operas.

Movie shooting plot at the beginning as well as at the end, with exhibitionistic review sends the message to accentuating the audience that  "this is not real life we have shown, it is the work of role players who create a scene".

Mezzo-sopranos Ferda Yetiser and Nesrin Gönüldağ will take the stage in the coming days for the same character.

Besides the main character in Carmen, the role of Micaela by "Esin Tanilli" and "Tugba Mankal", "Gorkem Ezgi Yildirim" in the role of Frasquita, "Ezgi Karakaya" as Mercedes , they all played great. Roles sang beautiful, theatrical features were very good.

DonJose character was played by Spanish tenor "Enrique Ferrer", on Premier night, and he gave the right image. Tenor "Lorenzo Arranz Moka" appeared for the same character on the scene on the night of April 30. They both played very realistic murder scene.

We noticed great orchestra and choir performances. I congratulate the individual members. On 26 and 30 April nights, orchestra was directed by our world famous Conductor Rengin Gökmen.

As stage-curtain is raised, then a movie shooting takes place with introduction of generics at the backstage curtain. Ballet and ballerina dance in the role of beautiful Carmen and her lover DonJose, while movie camera shoots the scene. In the end of opera, again movie camera approaches the couple again, explaining that all is fiction.

Escamillo character enters the stage at this point in the second act, like a rock star, Baritones İnanç Makinel (on 4/26), and Cem Baran Sertkaya (on 4/30) had extraordinary performances with their powerful voices. With Glittering confetti, with pulldown lowered projectors, various colorful music hall attractions, an exciting discotheque environment has been created.

Third and fourth acts played together. Due to additional features as movie shooting and disco scene, opera inevitably prolonged, so the remedy was to remove the third intermission. Rather than to prolong the play, since it is more than 3-hours long originally, one should try to shorten on the contrary.

On the Premier night, in the last act, Carmen character had a yellow color wig on her head. DonJose character in high degree of anger, snatched then lay down Carmen, drowned Carmen with yellow wig and furry stole pillow, killed the character. He then pulled his knife and killed himself. This was new introduction, but is was not a correct interpretation.

DonJose's death-suicide was unnecessary, it was not correct. We feel that the "original final" should not be changed. At the second staging on the evening of April 30, we has the inevitable end, Carmen was killed by drowning as well as knife stabbing, and DonJose had terrible suicide again.

Moreover with umbrella in hand walking on the mountain slope by smuggler convoy would not be realistic. Umbrellas around gave the opposite effect which was to give scenes a mountaintop, but it could not be detected in parter seats, but could be noticed only in the balcony.

There are inaccuracies in Carmen dancing with castanets. Castanets sound comes from below, but at least Carmen should have them in her hands of Carmen,  to pretend playing. Her Flamenco shoes steps up to the platform with her hands, was not right to hit.

All mothers and fathers of children of the Children's Choir filled balcony and parter margins. Video and audio recordings were made in abundance, they cheered and applauded their children like crazy at the end of the play. Many years before I was one of them. I watched the scene from the balcony many times while my son was on the stage singing in the choir. I've watched each opera many times. Now the new stage mothers and fathers filled the opera. They will be opera lovers soon. Children's choir conductor had a very pleasant management and did a nice caring.
Let us make a little bit more criticism in line with the mentality of people of this country,

"Carmen is a pretty girl. Why does DonJose kill her? That is why we have so many woman murders here in this country. Domestic violence, force against women are to be stopped, these examples are to be intervened. Local male with incorrect orientation, seeing these negative examples on the stage wants to stab his wife who goes to divorce. We need to regulate these negative cases, murder and violence themes under a regulatory agency to be enforced separately. "
Please get prepared and do not be surprised if such review, or comment comes at all, even for such a worldwide proven master piece by all, dating since 1875's.

Houston Grand Opera house in Texas USA will play Carmen opera in May, as first announcements and reviews are received at our end. Similarly there are some changes in staging but the final is same as originally drafted. The same opera will be on stage Cincinnati, Barcelona, Beijing, Hamburg and Berlin all this year.

Theatrical performances of artists and their sounds are excellent.
The decor is reasonable, we have dazzling costumes.

Young Director Recep AYYILMAZ had performed a herculean work for such a classic opera staging of this great production. This Opera is long, we have intense characters, scenes are crowded, story is well known, it is much loved classical work.

Our director will have serious criticism for his new modern interpretation and for his modified "end". I heartily congratulate our young director for his courage and inspiration he created.
We are looking forward to see his new staging works in future.
If there is no review, no criticism, it is not good.
We critics are not supposed to like all performances.

Opera will take the stage again on 7,12,19,21 days of May. Try to see if you have the opportunity to do so. Please do write to me if you have any comments. Greetings and best regards 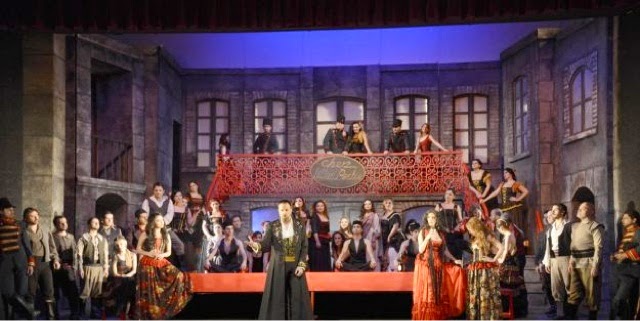