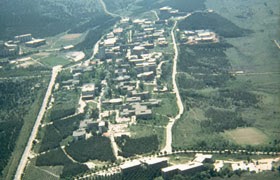 Press Release on Highway construction on METU Forest
by The Middle East Technical University (METU) Alumni,
Ankara 04- November 2013
On 18 October 2013 at 19.15 hours, The Greater Ankara Metropolitan Municipality started the construction of a new intercity Highway, through University Campus land without obtaining the necessary legal approvals.
The land in question was a forest area protected by law. The demolition included removing approximately 3000 mature pine trees through the construction site. This action led to social tensions in the neighboring communities as well as within the University Campus itself.
The highway solution is chosen by the Municipality to ease for the mass transportation problems. The latest Ankara transportation master plan upon which Municipality claims to act, was prepared in year 1993. That was 20 years ago and does not address the prevailing conditions.

The current urban development of the city involves the construction of unnecessary number of shopping malls and multi-storey buildings. Further the approval of the granting access, the city's transportation plan is updated and made dragged into a chaos that can not be repaired in future. For last two decades, there is no development for any underground construction which we visualize as apparent management incapacity.

Two large tracts of land, “Atatürk's Forest Farm” and METU campus forest were providing much needed green space in and around the greater Ankara urban region. The new highway construction passing through METU campus forest land demolished more than 3000 trees. Along with the highway construction and further urban development it will create, the green spaces' benefit will be reduced.

Municipality also argues that METU did not take good care of another Campus land around Lake Eymir, that METU closed it to public while allowing expensive units being conducted. Nothing could be further from truth. All such allegations are completely false.

The reason for construction of HighWay through METU forest land is, in fact, different. On the basis of this forest demolition in METU, the Municipality is trying to give a message that they will not tolerate objections and will destroy any such oppositional attitudes.

METU, as the leading Turkish university, is giving rise to the science, free thought, on the basis of the human rights and freedoms of the individual, in which the values of the universal law of the scientific importance. METU has the ongoing struggle for this cause. METU indeed contributes to the future generations in community development projects which have been plagued in some segments.

Political powers are ignoring the common universal values, ignoring prevailing legal laws and public rules. They made discredit and attrition with political and ideological pressures onto the University which made great contributions to the development of the industry and the society.

METU contributed to our country in all of its history. METU has clear responsibilities and contributions towards our students and alumni, the capital city and the nation.

METU will continue to contribute to generation of universal common values. We shall transfer our assets as received from the past with the firm stand against the destruction of the university identity, campus forest, as well as Lake Eymir as a whole. 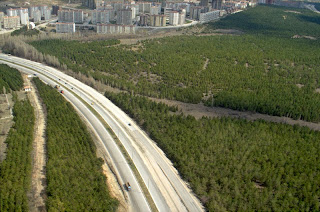 posted by yuvakuran at 1:45 PM 0 comments