Is America ready for a Jewish president?

US presidential candidate Bernie Sanders is getting serious in public opinion polls. It is so exciting to watch debates, polls, and speeches, on CNN, NBC, ABC, and BBC TV channels early in the morning our time, similar to watching a football match.

Bernie Sanders (74) is a New York native, Jewish American born in 1941. He received his graduate diploma in Political Science from the University of Chicago. Formerly, he was a mayor and member of the House of Representatives, and he is currently serving as Vermont Senator, as he has been for the last two terms. Public polls rate him better than both Hillary Clinton and Donald Trump. Bernie Sanders has received humble donations from workers, their trade unions, and from individual voters. Hillary’s donations are from major corporations, big banks, and financial institutions, which are called super PACs.

During the Vietnam War, a young Bernie Sanders declared himself a "conscientious objector" and did not participate in the Vietnam War. Thus, we know that he is against war. In congress, he voted against the war in Afghanistan, Iraq and even against to war in Syria. In personal armament he is quoted saying, "Guns alone do not kill people, the people who use gun kills other people, so you must protect people's mental health." That is a practical approach since his constituency in Vermont is located in forest land and gun ownership is important for personal safety in Vermont.

He offers to promote the general health insurance system for all to facilitate full access. He says he is a "self-declared socialist, or social democrat, proud to be Jewish but not too religious." In his youth, he spent three months in an Israeli kibbutz in summer time. He speaks basic Hebrew. Occasionally, he is against Israeli war policies but he agrees that Israel has the right to defend its citizens.

He does not have a lot of experience in world politics. His career has focused on domestic politics. No matter whether or not Bernie Sanders will be the next US president, his rival Hillary Clinton will probably be the foreign minister (Secretary of State).

If elected president, care for the environment, global warming, and climate change will most likely be of extreme importance. "Climate change is the greatest security threat to the United States," he says. The Environment Impact Assessment will have extreme importance to EIA standards, in order to increase the new investments for thermal power plant environmental equipment. Bernie Sanders will promote investments in renewable energy, hydro, wind, and solar.

There will be a pollution tax on coal and fossil fuel firing thermal power plants. That will discourage new thermal investments. Investors will escape from fossil fuels and shale gas (fracturing) investments will be discouraged. Environmental, water, air, and soil contamination will be prevented. Long distance gas transmission pipelines (Keystone) will be stopped.

His paternal family and his mother were Ashkenazim East European Jewish immigrants at the turn of 20th century. His paternal relatives that remained in East Europe during World War II disappeared in the Holocaust. Bernie has been married twice. He has an adult son from a woman he dated between his two marriages. He has three stepchildren from his current wife, whom he calls his own.

Immigrant American citizens who have recently arrived (including Turkish Americans), disadvantageous minorities, women, the elderly, and retirees vote for Democrats. Weapon manufacturers and rich whites are Republican. Democrats generally remain distant from Turkey, whereas Republicans are closer to Turkey. If Hillary Clinton wins, she will continue the same policy of Barack Obama, she does not offer anything new. But still, she has been unable to give an account on the Benghazi Libya events, in which she was responsible for the loss of the US ambassador.

The US is preparing to have a Jewish senator become the next president, but is the world ready for it? Is our region ready? Jewish Americans have run for president twice, but have failed to succeed in the past. We all are tired of the same family names. Bernie Sanders, with his pacifist tendencies, may be a better choice for our geography for cooling down our unnecessarily bitter relations with the Russians in Syria. Who knows, opportunities may arise for a new formation in the warming relations with Israel, Egypt, and with our neighbors.

Could the castle of capitalism, the US, be run by a socialist/social democratic/Jewish president? Large companies, powerful banks, owners of fossil fuel power plants – would they allow the election of such a man? While the Communist Soviet Union has dissolved and is switching to a market economy, is it likely that the US will be led by a socialist president? Maybe we'll organize panels, invite foreign scholars, and even call US embassy officials to talk.

Haluk Direskeneli is a graduate of METU Mechanical Engineering department (1973). He worked in public and private enterprises, USA Turkish JV companies (B&W, CSWI, AEP), fabrication, basic and detail design, marketing, and sales and project management of thermal power plants. He is currently working as a freelance consultant/energy analyst with thermal power plants and basic/detail design software expertise for private engineering companies, investors, universities and research institutions. He is a member of the ODTÜ Alumni and the Chamber of Turkish Mechanical Engineers Energy Working Group.

posted by yuvakuran at 9:57 PM 0 comments

Why Memoirs Are So Important? 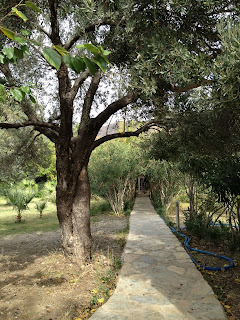 Why Memoirs Are So Important?

Sometimes I listen to a story from a friend that I wish to have that story in writing. When people get older, they get the fear of being forgotten. No matter how powerful, rich, famous, smart, effective they are, when they reach to old age, nearing extinction, all this power, wealth, reputation are lost. Then they rush to write their memories, their accomplishments, describing their presence to the next generations. They initiate to create documentation efforts to create a book.

I knew a medical doctor. He was influential, well-known, very rich person. He had terminal illness. He opened a personal blog page on the Internet, he wrote his memories until the last days of his life. A few years later, during a google search I came across his blog, he was able to finish the his childhood memoirs.

Over internet communication, I recently received letters of a retired general manager in the Treasury. He disclosed his important letters to public without any further delay during his old age. Those letters covered confidential information of the long past periods of Nixon, Kennedy, explaining his young career, his inaccessible power, his broad influence, his accomplishments during his tenure as IMF rep in Philippines during retirement. This texts were then confidential in the past, but not confidential any more today. Now it does not matter, only future historians will benefit.

We had an old uncle. He held an important post in one important ministry for many years as general manager. We were close, but he did nothing to help us. He escaped especially when we needed his assistance. He spent the last years of his life in bed. A young scholar asked his permission to record his memories. Young scholar created audio tapes to record his days in his active senior bureaucratic period of his life. These records are now in the researcher's personal library. He may publish a book when appropriate.

When I was working for an US- Turkish JV company, we hired American General managers for two consecutive 4-year terms. Company paid them $ 12.500 per month plus expenses (car, rent, traveling). I worked closely with them as the company sales manager. They completed their terms and returned to their homeland. Then we heard they died. Both have died from terminal lung disease. There was nothing left as written document on their back, as if these people have never existed. By Google scan, we can barely find their names on our technical articles as co-author, and in our English press release.

I notice a trend of our aging rich writing memories with the help of ghost writers. They say, "I came into this world, I've done a lot of work for the community, I earned money, I employed people. Do remember me". Due to their advanced age, memories are fading. Old events are difficult to remember. Digression comes again, clarity and details are lost in those memories.

Young journalist Rushen Ashraf spent one full week in 1919 with Mustafa Kemal bey in his Şişli apartment to collect Dardanelles memories.His notes were made public first in the daily newspaper and then printed as a book, that book made Pasha a living legend.

Queen writes her memories every night with pen. Without any interruption, every night, she writes in her handwriting her impression of that day, records for future authors. I watched a documentary TV program about her writings. All her writings will remain secret for the next 50-years, then it will be published later to be the source for academicians, researchers, and historians.

A school friend of mine was working in Russia for last 12-years. He had set up an office there. He employed local people. When Russian SU-24 aircraft was downed on 24 November 2015, he says that he is finished commercially. He lost everything he had in Moscow. "I understood that I was a balloon. They stuck a needle. Then they burst my business, my property, my office. It is all over. They do not give me entrance visa, so I can not go there. I can not manage my job. I reset almost everything. I have to restart again here", he says. He almost lost all of his last 12-year work, jobs, contracts, references, connections, wealth.

In our geography, writing memoirs is not very desirable, not recommended. "Sometime, someone may get angry of my writings, a legal responsibility may arise and they may harm my kids." That is the fear behind.

However, when we get older, we get more comfortable to disclose our experiences, our records, our memories to share. As time goes by, we can laugh at ourselves. These virtues are generally not valid rules accepted in our region.

Americans say, "Learn from the mistakes of others, you do not have sufficient time to learn from your own mistakes".

I share my stories in thermal power plant construction phases. I tell the young engineers of the tender bidding process. Those stories sound like a fairy tales for them. I believe that memoirs / biographies are very important. It is more important for our society that the same mistakes are repeated over and over again throughout the year. Life is not long enough until we can experience everything. We must benefit from the experience of others.

Details of the letters of retired general manager of Treasury had reminded me all these thoughts. I would be grateful if you could let me know your expectations, thoughts, recommendations. If you want to send a direct message, my email address is always available for your access.

posted by yuvakuran at 3:25 AM 0 comments